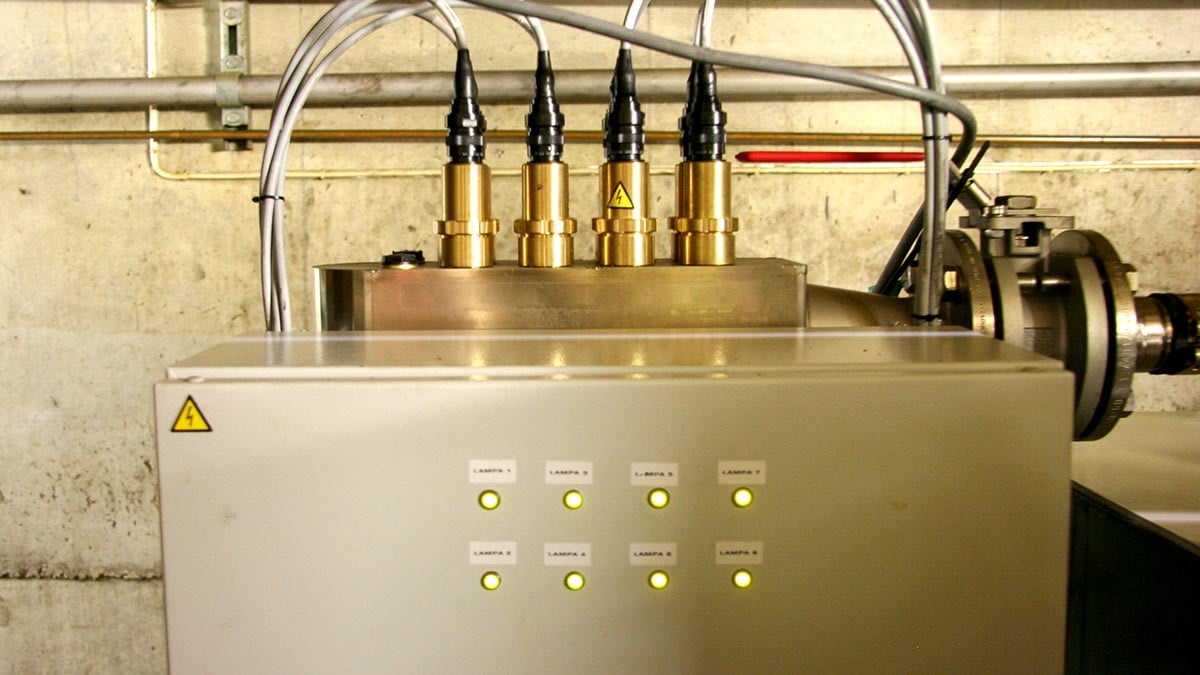 Dip slide-tests showed no bacterial presence, but it was problems with the process fluid at Outokumpu in Avesta. A more thorough test at Sahlgrenska hospital showed why.

Outokumpu is a global group which manufactures high-quality steel. In Sweden there are plants in Avesta, Degerfors, Torshälla and Eskilstuna. The plant in Avesta specialises in wide sheet metal products, with six people working in the Cold Rolling & Grinding Area, grinding rollers for the cold rolling mill.
The Avesta plant previously had challenges with bacteria in the process fluid, and these were dealt with using biocides, which seemed to work well. Despite a generally satisfactory working environment, it was believed that potential improvements could be made as biocides and bacteria were sometimes present in the operation. An objective was to have as healthy an environment as possible.

For almost a year Outokumpu had been using a new type of biocide-free process fluid with good results. Tests using the common ”dip slide method” had not detected any bacteria. Despite this, a number of problems were encountered with the metalworking fluid. A more thorough test was conducted in conjunction with Wallenius Water Innovation and a sample was sent to Sahlgrenska Hospital’s laboratory. Sahlgrenska’s analysis showed that there was a high level of bacteria in the fluid, despite the fact that the dip slide method did not indicate any bacterial content. The analysis also showed that there were high levels of endotoxins in the fluid. These are formed when certain types of bacteria die.

To tackle the problems, Outokumpu decided to invest in a FluidWorker.
– As we generally endeavour to reduce theuse of unhealthy chemicals at Outokumpu in Avesta, we have selected a product which substantially limits the use of biocides. In the long term we want to stop using biocides altogether, says Henrik Olsson, Head of Process Division at Outokumpu in Avesta.

The level of bacteria was immediately reduced and the plant now has a process fluid without bacteria. The previous problems about the fluid have also disappeared.
– Sahlgrenska’s analysis which showed the presence of bacteria and endotoxins in the fluid was somewhat surprising. It is now good to know that the fluid we work in such close proximity to every day is safe for us, and furthermore, fresh, says Sören Olsson, Grinding Operator at Outokumpu in Avesta.

In addition to a safe working environment and reduced environmental impact, the solution meant cost savings when the continuous treatment increases the life of the process fluid and expensive, unscheduled downtime is avoided. Furthermore no more biocides need to bee purchased.

Analysis of each current systems

Wallenius Water Innovation always conducts a system analysis to clarify the prerequisites and problems in the particular process fluid system. The analysis also includes compiling the relevant costs and the consequences of how the system is currently used. The analysis provides the data that is required to select the right FluidWorker model. When the cost comparison was performed it was clear that Outokumpu would be able to radically bring down its costs, an aspect which an external consultant engaged by Outokumpu was also able to verify.

Outokumpu has over 15,000 employees in over 40 countries. The group’s head office is located in Esbo, Finland. Outokumpu is listed on NASDAQ OMX Helsingfors.

Facts about the workshop at the Avesta plant: